The thundering line of battle stands,
And in the air death moans and sings;
But Day shall clasp him with strong hands,
And Night shall fold him in soft wings.

I went back to the pond today. Frozen over with patterned ice, it was the epitome of peace and stillness above the runners, the dog walkers, and the chatter of birds and flowing water in the woodland below. The winter sun just touched the tips of the allotment hedges on the other side, still not high enough above the hill to warm further. It was this beautiful on Friday morning too, when I deviated from my usual dog-walking route on a whim, thinking ‘I’ve not been up round the millpond for a while’. I normally keep my walks to the woods, surrounded by trees and birdsong (the woodpeckers are back, by the way; I’ve heard them rattling their tattoos for a week or so now), and squirrels for my brainless dog to attempt to chase. There’s so much life in the woods. But occasionally I like to take the path up to the millpond, for the silence, the space and the uninterrupted light.

It did indeed look beautiful, until I went for a closer look at a bit of something poking through the ice, and realised it was the back of a man’s jacket. I called 999, ‘yes, I think I’ve found a body’, and soon the stillness was taken over by uniformed police, incident tape and parked cars. The body didn’t move though; he was done with the business, the busyness, of this world. He’d found his peace.

I went back to the pond today. There was nobody around, just a bunch of roses tied to the information board, and a printed poster in memory of a much-loved husband, brother and father “died 2017, in one of his favourite spots”. I had been worried about going back, but reading that was like a huge sigh of relief. I tucked a sprig of rosemary behind the poster, and looked again at the still, frozen pond. A place I love too. It looked like somewhere you could find peace, somewhere willing to welcome those who needed rest, and relief. Soft wings.

I do not know if this was suicide; the police have not revealed it and neither have the family, but it certainly got me thinking about it. Later in the day I also found out that a friend, who had died unexpectedly a week or so earlier, had died by suicide. I choose my words carefully. Not ‘committed’, this isn’t a crime, and not ‘taken his own life’ – his life was *taken from him* by mental illness. And this is where I go off on random tangents, because I read the other day that white women aged 25-55 in America are experiencing a spike in mortality rates not seen since that of gay men during the AIDS crisis. Nobody’s talking about this one though, because the main causes of death are alcohol poisoning and suicide. Self inflicted, personal, not a ‘wider picture’. Except IT BLOODY WELL IS. Mental illness is sweeping the Western world, and leaving death in its wake, and we’re still not talking about it. Mental illness kills people, the way cancer kills people, the way road accidents kill people. But mental illness is still not treated with the same brevity as physical illness. Suicide is the leading cause of death among young people aged 20-34 years in the UK (I’m going to allow a pause here to let that sink in), yet it is still stigmatised and misunderstood. We don’t shame people for not being able to fight against cancer, but oh boy does society have a stick to beat the mentally ill with when they can’t fight it any more.

I’m in danger of getting ranty, so I’m going to wrap up now. Someone very dear to me is in a demographic where nearly half of that group (approximate, as this study doesn’t cover her age bracket, but even so) dies by suicide, so you’ll excuse my rantyness I hope.

Mental illness is illness. Some people get it mildly, some get it worse. Some people have a pretty good resilience, or immune system, and the resources to fight back. Others are completely sucker-punched by it. Sometimes, the urge to check out can be so strong, because you honestly feel that those around you would be better off if you weren’t there.

Whatever it is, it is a fight, and those who fight it need all the help they can get. If it’s you, or if it’s someone you know, here’s a list of resources to be going on with. There are plenty more out there. You are not alone. Far, far from it.

And I would also like to take this opportunity to raise a glass (mug of tea, whatever) to Good Friends. Good friends who hear about your upsetting morning (oh, believe me, I am well aware I had the least upsetting morning of anyone involved that day) and cancel all their meetings to take you out for coffee and stationery shopping and really good chats. Mental illness can strip away your comprehension of why anyone would want to be friends with you, your desire to socialise, your ability to receive and accept love. Good Friends – may we have them, may we be them. Now go give someone some flowers x 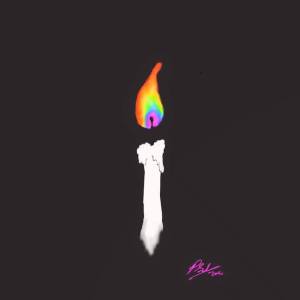 Digger, through and through. Also tagged as artist, crafter, voluntary worker, procrastinator END_OF_DOCUMENT_TOKEN_TO_BE_REPLACED
This entry was posted on Wednesday, February 1st, 2017 at 11:50 am and posted in Uncategorized. You can follow any responses to this entry through the RSS 2.0 feed.
« Why do we need to?

One response to “Peace, rage and solidarity”